Leaders: let psychological safety be your great goal in 2023! 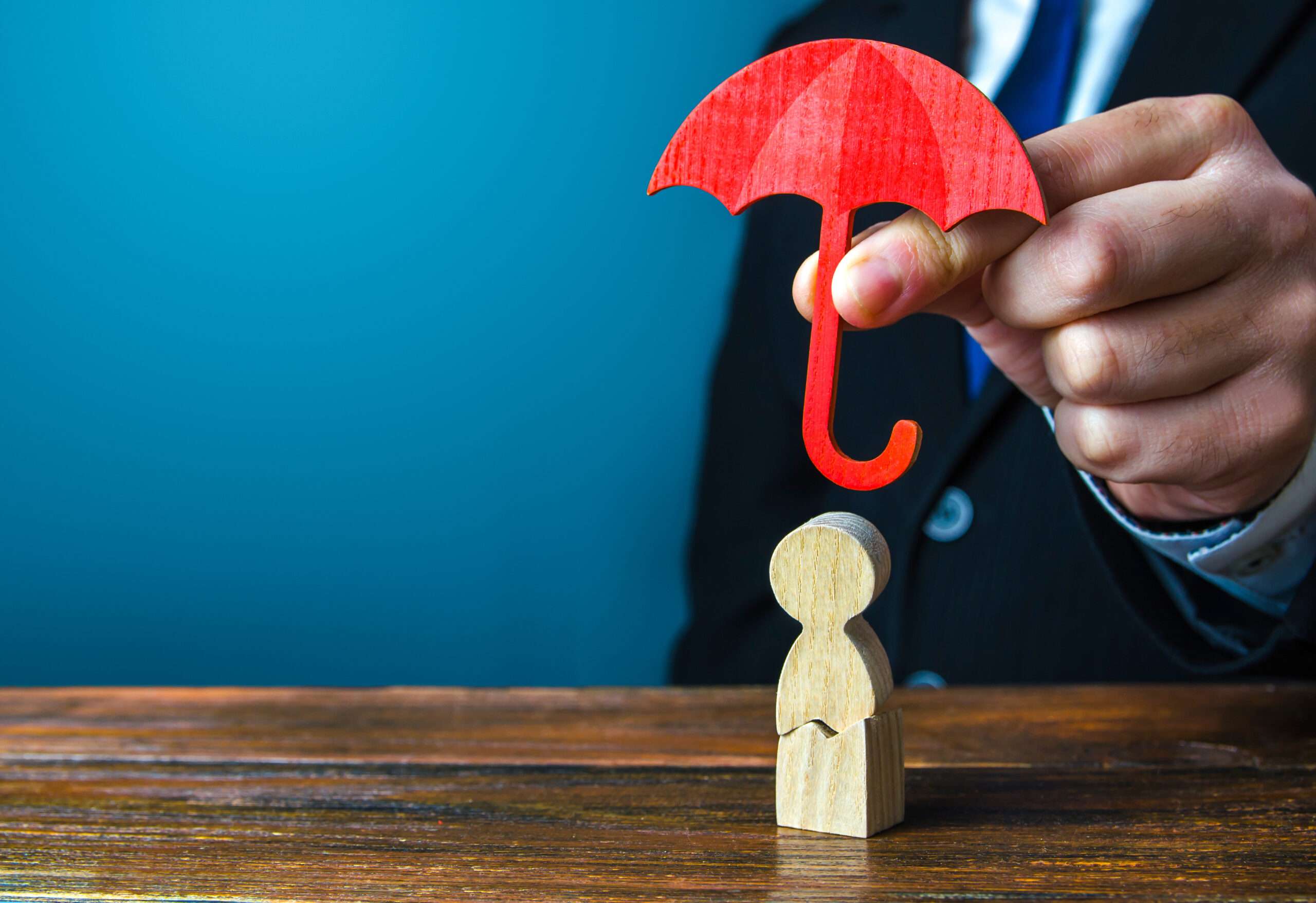 This is my first piece of advice for the year to come. I am convinced that this is both the most important and the best return on investment for a French manager. Not seeing this objective in the strategies of the big (and not so big) groups, I am both anxious and impatient to see it percolate everywhere in the country of Colbert and Descartes.

Not only has management research shown that the first lever of team effectiveness is psychological safety, but France, notably because of its educational principles, has a serious deficit on the matter in companies and beyond.

So yes, making psychological safety a strategic priority can both propagate serenity in the organization and generate sustainable and unprecedented operational effectiveness.

What is psychological safety?

According to Marion Fortin, University Professor in Management Sciences and Human Resources Management at the Toulouse School of Management – during the last NextGen afterwork in Toulouse – “psychological safety describes a work environment in which people feel they can express themselves, say things and ask difficult questions”. She adds, “Our socialization, especially in France, doesn’t help us. We have been taught to avoid all mistakes. Allowing oneself to make a mistake is an interpersonal risk”.

Psychological safety allows precisely these risks to be taken. Under these conditions, an uncomfortable question can be duly accepted, and not used against its author.

As early as the 1960s, research in organizational management showed that in order to change successfully, it is necessary for employees to feel free to take certain risks, as by default this indicates they are doing new things.

Later, in the 80’s, Amy Edmondson, more recently author of “the fearless organization”, studied errors in the hospital context. The results were astounding: on the surface, the more errors a team makes, the better it performs! In fact, the freeing of speech and the possibility of saying one’s mistakes fuel a process of continuous improvement. It is understandable that it is difficult to talk about one’s mistakes in a hospital, where lives are at stake. However, silence does not mean the absence of errors. This result establishes the proportionality between psychological safety and performance.

Marion Fortin also likes to talk about Google’s 2016 studies. That year the American tech giant decided to study the factors that help teams achieve the best performance in depth. Google measured performance in all its forms, “objective, subjective, of the different parties, according to several factors depending on the structuring of the team, its composition in personalities, seniority, working in the same place or hybrid.”

Psychological safety outweighed all other factors, even in remote working.

Teams are the key to performance

As I demonstrated at the “Mêlée Numérique” in Toulouse, best players do not necessarily make the best team. Marion Fortin explains “the personality of each player is not so important; good players are not enough”.

The role of the manager or leader appears to be decisive in the ability of a team to function smoothly, to engage its members and to learn from their mistakes. With equal skills, teams with leaders who care about psychological safety will outperform. And good ideas and observations come from everyone. A nurse detects as many mistakes as a doctor, but she must be allowed to express them. The team’ s context can change everything.

Of course, psychological safety will not compensate for a lack of collaboration, skills, rigor or quality of work.

"Not to confuse the right to make mistakes, to that of fault and failure"*

Our educational system also largely contributes to punishing mistakes, these “involuntary deviations from a frame of reference” as defined by Séverine Loureiro in her book “Le droit à l’erreur” published by Dunod (2021). On the other hand, “faults are intentional, voluntary transgressions, within the sequence of tasks or deadlines, for example”.

Séverine Loureiro, expert and author on the subject, reminds us of a fundamental point: “the obstacles to the right to make mistakes come partly from the confusion between what is a mistake, a fault and a failure”. Séverine has observed for several years a story telling of failure on the part of startupers, notably: “at the beginning of my career I failed a lot and by dint of persevering I managed to do it”. But failure, which marks an involuntary deviation from an objective, perhaps poorly scaled or due to a lack of competence, does not necessarily include the dimension of mistake.

And this fashion of valuing failure does not advance the right to make mistakes! If failure is confused with error, employees may be inhibited by the fact that their mistake could be interpreted as a lack of competence, whereas according to Séverine Loureiro, “80% of mistakes are linked to a lack of knowledge of the process or its formalization, i.e. a poorly defined or poorly communicated framework. I may therefore be afraid to share a mistake, because people might think that I did it on purpose or that I am not competent”.

As we can see, it is critical to differentiate between error, fault and failure.

Do managers have the right to make mistakes?

Like Séverine Loureiro, I observe that a growing number of managers accept the right to make mistakes in their teams but more rarely for themselves, for fear of being judged. “This degrades their competence as a manager in the eyes of their peers and teams, even though they are implementing transparency on the subject in their team”, says Séverine.

Exemplarity, or “doing what we say”, with transparency, appears necessary in the communication of its errors.

A good indicator of a company’s health is the ability of its executive committee to practice this exercise. The example of a committee talking about the mistakes made during an annual review, for example, will encourage managers to do the same, without the risk of being judged as incompetent.

Showing one’s vulnerabilities and being exemplary calls for a benevolent yet uncompromising relationship. Séverine continues: mistakes can be made by everyone and performance will come from the fact that the team is understood as a community of mutual aid, of collective intelligence at the service of everyone who asks for it. Teammates no longer hesitate to provide assistance, to get involved in a difficult subject to avoid even larger errors. The team gains in cohesion, confidence and willingness to help each other.

Would psychological safety, the right to make mistakes, humility, and the ability to open up about one’s vulnerabilities be considered by leaders as dangerous dimensions to tackle? Is there fear, shyness, or shame in introducing these levers into the organization?

Next-generation enterprises have understood, with the support of management science, that these levers, provided they are developed collectively with transparency and accountability, are crucial sources of performance and differentiation in our complex world.

Seriously, what if your strategy started this way? 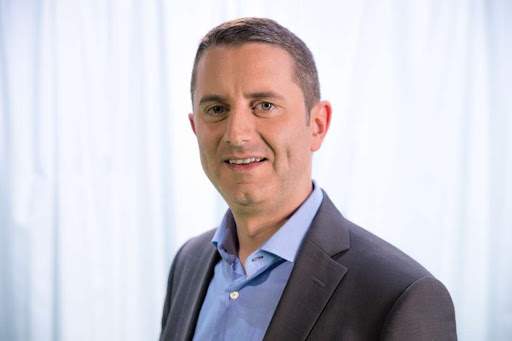 We use cookies on our website to give you the most relevant experience by remembering your preferences and repeat visits. By clicking “Accept”, you consent to the use of ALL the cookies. However you may visit Cookie Settings to provide a controlled consent.
Cookie settingsACCEPT
Manage consent

This website uses cookies to improve your experience while you navigate through the website. Out of these cookies, the cookies that are categorized as necessary are stored on your browser as they are essential for the working of basic functionalities of the website. We also use third-party cookies that help us analyze and understand how you use this website. These cookies will be stored in your browser only with your consent. You also have the option to opt-out of these cookies. But opting out of some of these cookies may have an effect on your browsing experience.
Necessary Always Enabled
Necessary cookies are absolutely essential for the website to function properly. These cookies ensure basic functionalities and security features of the website, anonymously.
Functional
Functional cookies help to perform certain functionalities like sharing the content of the website on social media platforms, collect feedbacks, and other third-party features.
Performance
Performance cookies are used to understand and analyze the key performance indexes of the website which helps in delivering a better user experience for the visitors.
Analytics
Analytical cookies are used to understand how visitors interact with the website. These cookies help provide information on metrics the number of visitors, bounce rate, traffic source, etc.
Advertisement
Advertisement cookies are used to provide visitors with relevant ads and marketing campaigns. These cookies track visitors across websites and collect information to provide customized ads.
Others
Other uncategorized cookies are those that are being analyzed and have not been classified into a category as yet.
Powered by